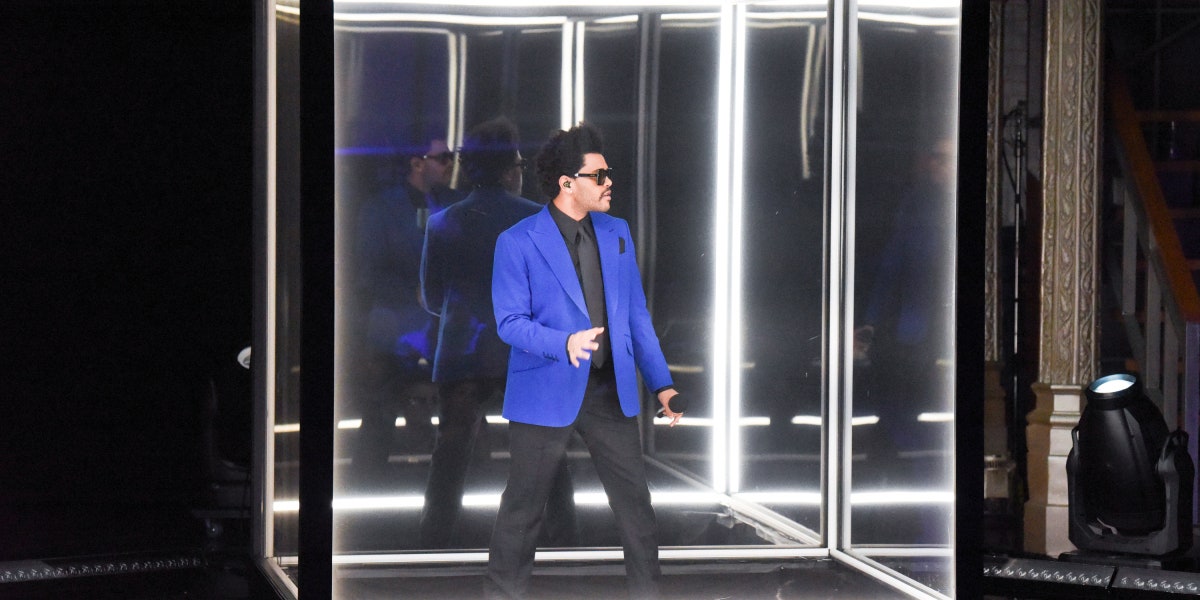 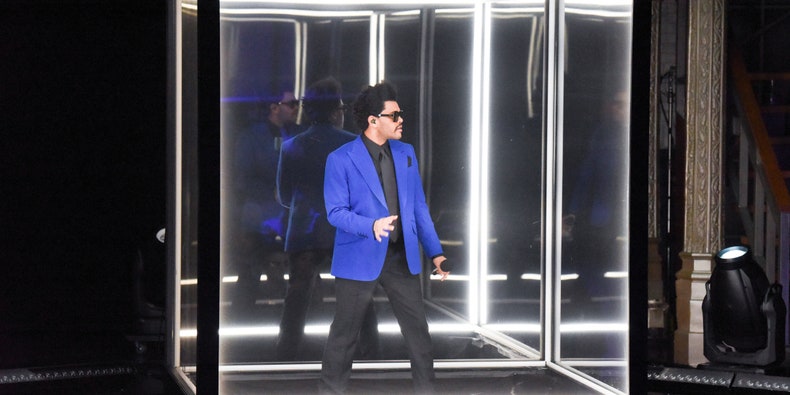 The Weeknd returned to The Late Show With Stephen Colbert last night for the second time this week. This time around, he performed his comeback single “Blinding Lights.” The Weeknd’s set was broadcast in black and white, and the singer performed in a hall of mirrors while audience members held up small, square mirrors to reflect light from the stage, resulting in a kind of strobe effect. Watch it happen below.

Pharrell Williams was one of Colbert’s interviewees during the episode (Pharrell was also a performer on the show earlier in the week). Colbert and Pharrell discussed music, space, and time travel. When Colbert asked if Pharrell was interested in visiting space, Pharrell said, “No I think the pixilation on Nat Geo is awesome.” He later added, “Man, I’m such a poser. I love space but I’m not trying to go.” He said the same of time travel.

On Thursday’s episode of Colbert, the Weeknd performed another new single, “Heartless,” as he wandered through the halls of the Ed Sullivan Theater.

The Weeknd originally debuted “Blinding Lights” last month in a Mercedes-Benz commercial. Shortly after releasing that single and “Heartless” on streaming platforms, he shared a trippy music video for the latter song starring Metro Boomin. In addition to the new music, the Weeknd stars in the Safdie brothers’ latest flick Uncut Gems, which arrives in theaters on December 13.

Read Pitchfork’s 2015 Interview “The Dark Knight Returns: A Conversation With the Weeknd.”