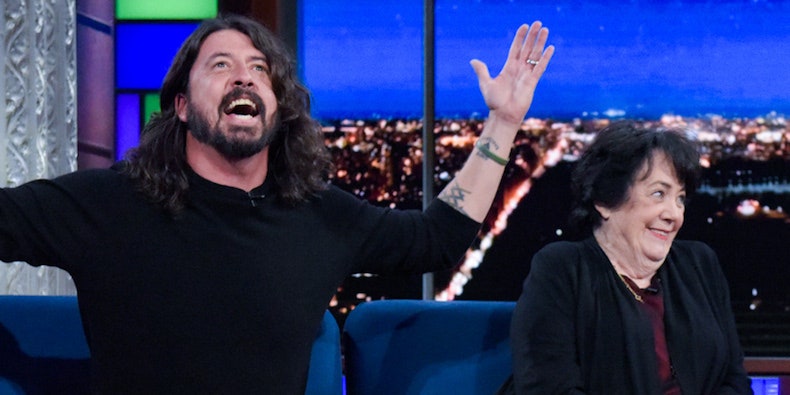 Foo Fighters’ Dave Grohl and his mom, Virginia Hanlon Grohl, are executive producing a new docuseries about rock moms, Variety reports. Entitled “From Cradle to Stage,” the show is based on Virginia’s 2017 book of the same name. The series will feature interviews with the mothers of Pharrell, Adam Levine, Tom Morello, and more—as well as Virginia Grohl’s personal stories and family photos.

“I’m excited to introduce the viewing public to the strong, loving women who have supported the insistent dreams of their musical sons and daughters,” Virginia Grohl said in a statement. Dave Grohl added, “I’m beyond excited to join in on the next step of my mother’s project to explore the stories of other musicians who were as fortunate as me, having been raised by such amazing women. Plus…I owe her one.”

Last year, during their appearance on “Colbert,” Virginia Grohl embarrassed her son by revealing his middle school report card on live television.