Star Trek: Voyager, in the Trekkie universe, you’ll hear many opinions about Voyager, ranging from “ITS THE WORST” or “ONE OF THE BEST” normally starting with the phrase “Umm, actually…” But one thing you don’t hear too often is “Yeah Voyager is okay, but a little too pro rapey for my tastes.”

But yes. Thats right. The entire message from the episode “Retrospect” is to not trust the rape victims, I mean they’re probably remembering it wrong! And will someone just please think of the poor accused rapists?! 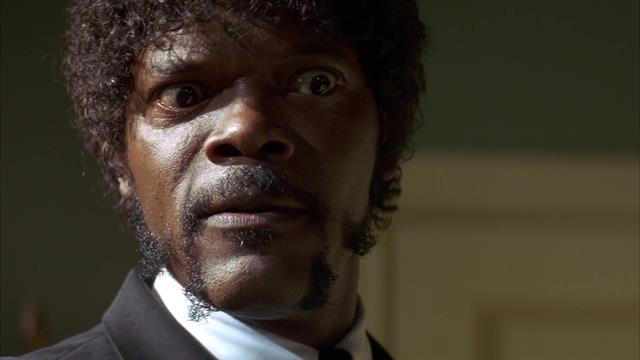 How many times had I seen this episode as a child and not realized the moral implications?  My god. Literally after watching the episode I sat there… For a good while,  just trying to wrap my head around what the hell just happen.

For those of you who are not familiar with the episode,  let me catch you up with a very summarized, summary:

Seven is working in engineering a long with a tradesman named Kovin, who is portrayed as a egotistical, and slightly creepy fellow, he at one point touches seven to move her out of the way which triggers a reaction in Seven to punch him in the nose. Seven is questioned about what happen but she is unsure why she reacted so strongly. The Doctor advises a diagnostics check and while performing it,

Seven gets a flash back and freaks out, using a experimental procedure to get seven to remember her repressed memories, the doctor and seven learn that she remembers being assaulted by Kovin and that he stole tech from her body , the whole crew jumps to her aid in defense of seven,  accusing Kovin of the deed, he disputes this and runs away , the crew learns of new evidence that supports Kovin’s story,  they try to inform him but he accidentally blows himself up while trying to attack Voyager.

The crew then feels remorse and even seems to blame seven for his death, Janeway at one point gives seven a very disappointed look. The doctor, so struck by remorse requests a memory and personality wipe , seven expresses her own remorse, that her accusation caused the death of a possibly “innocent ” man. “Ooh Im seven and Im a victim, ha! But no seriously, we are totally here to support you.”

Did you catch all that?  Good, now let’s talk about how WHAT THE SHIT DID THEY JUST BLAMED RAPE VICTIMS?!

The whole crew was supportive of seven during the routine “he said she said”  situation,  and obviously something must have happen to cause seven to act as such, but yet once the crew finds some evidence that supports Kovin’s story,  and keep in my it is most definitely NOT conclusive evidence, they instantly turn their backs on seven and start accusing her of falsely remembering the assault.

The episode gets even weirder when Janeway let’s the ships shields down, putting her whole crew at risk while Kovin powers up his weapons…Because the poor guy is going through such a hard time being accused of assault and all…

Nothing about this episode makes sense, the way the characters personalities change, the intense weird responses given, and how there is zero conclusion to the story, because after Kovin blows up, they just stop caring about the case, deciding that Kovin was for sure innocent and they don’t really care why Seven had those memories. But I digress,  let’s get back to blaming rape victims…

WHAT KIND OF MORAL LESSON IS THIS.

Basically, the moral of the lesson is if your sexually assaulted, you shouldn’t tell anyone because well,  you’re probably remembering it wrong, and also don’t trust the word of others when they say they were assaulted (it could hurt the reputation of the accused) *insert sad emoticon face* they may never be able to enjoy steak again!

I know this episode was made almost twenty years ago but seriously Star Trek?!

False accusations  are so rare that focusing on it causes more hurt and pressure on those who actually were raped, and many end up not saying anything in fear of others blaming, or not believing them, and this whole episode just adds fuel to that fire , to continue shutting up those who may want to come forward about being a victim.